THE DAY OUR STORY STARTED 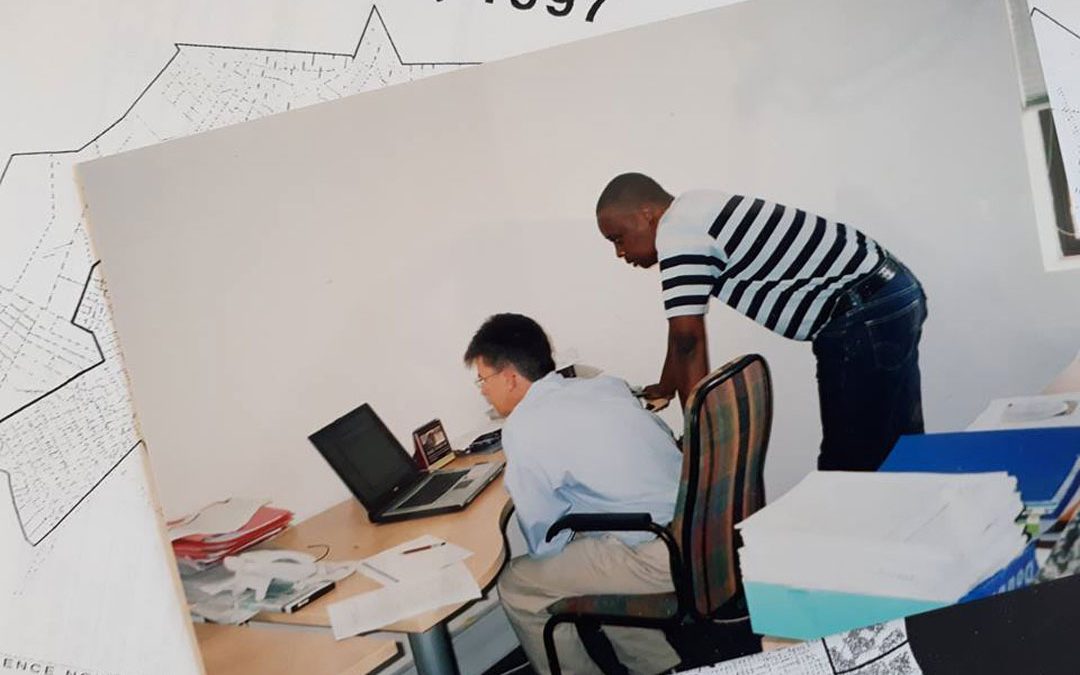 Twenty three years ago, two young town planners reported for duty at the Midrand Metropolitan Local Council in Gauteng on the same day.

Johan Olivier and William Bila became colleagues, friends and in 2005, business partners when they opened the doors to their own town and regional planning consultancy, Akanya Development Solutions. (In the photo you can see them in their very first office – just a day after moving in. Clarah, there was obviously no office administrator in sight yet!

They tackled projects that today, they could celebrate as career milestones. But those of you who know them, know that they’re a below-the-radar kind of duo. Quite the nightmare for any marketer. They have always been more concerned with having to witness first-hand the ongoing frustration of communities battling seemingly impossible odds.

There was the day when they virtually had to flee from a community hall full of angry residents. “That day we learnt that you should always wear your running shoes to such occasions,” says William. Or the day when William was barricaded into a church building, protestors and police outside.

Still, they believed that so much more could be done. And that running away was not the solution.

So in 2013, Johan and William established Ranyaka Community Transformation as a non-profit vehicle to pursue tangible impact in a way that actively engages communities. Especially the angry ones. (That’s what the name Ranyaka means, by the way – to pursue.)

Six years later, Akanya Development Solutions is still going strong and Ranyaka now stands at the brink of an incredible new chapter in our journey. We will be making some very special announcements soon!

Today is a good day to celebrate – and to say thank you to everyone who has been part of the Akanya/Ranyaka journey. From colleagues at the Johannesburg and Midrand Metropolitan City councils who have remained friends and professional partners ever since; to so many others who have, in some way or another, been part of our story and continue to do so.

This isn’t the kind of journey you tackle on your own. This story might have started with two young town planners, but we know so well that we owe a debt of tremendous gratitude to so many. We can do nothing on our own.

To our team members who were there right from the start, Clarah, Helga, Maggie – thank you! Your stories also need to be told.

We are excited about the journey ahead. There is so much to be done. Let’s do this. Together.